Just weeks after the Japanese attack on Pearl Harbor in 1941, New York City led its own assault on the game of pinball.  The Mayor of New York declared war on the city’s pinball machines on the grounds that they were gambling devices that siphoned money out of the pockets of children.  Over the coming decades, the societal blemish known as pinball migrated underground and into the shadows of legality until Roger Sharpe famously called his own shot (thus proving it was not just a game of chance) in a demonstration pinball game before the New York City Council in 1976.  While New York City rightfully gets held up as the city that banned pinball in 1941, it was not alone, as many major cities banned banned pinball during that era. In a move not surprising for a large city in the bible-belt, Atlanta, GA, made pinball illegal a full two years earlier in the third week of June in 1939.   In a happy coincidence that almost certainly has the pinball gods smiling, Atlanta hosted the inaugural Southern-Fried Gameroom Expo with well over 100 pinball and other arcade games during the 3rd week of June 2014 – the 75th anniversary of Atlanta’s ban on the game of pinball.

Join us at the Southern-Fried Gaming Expo this summer to celebrate “Pinhibition,” and to play the game that was was once the “path to crime,” but is now fun for the whole family. 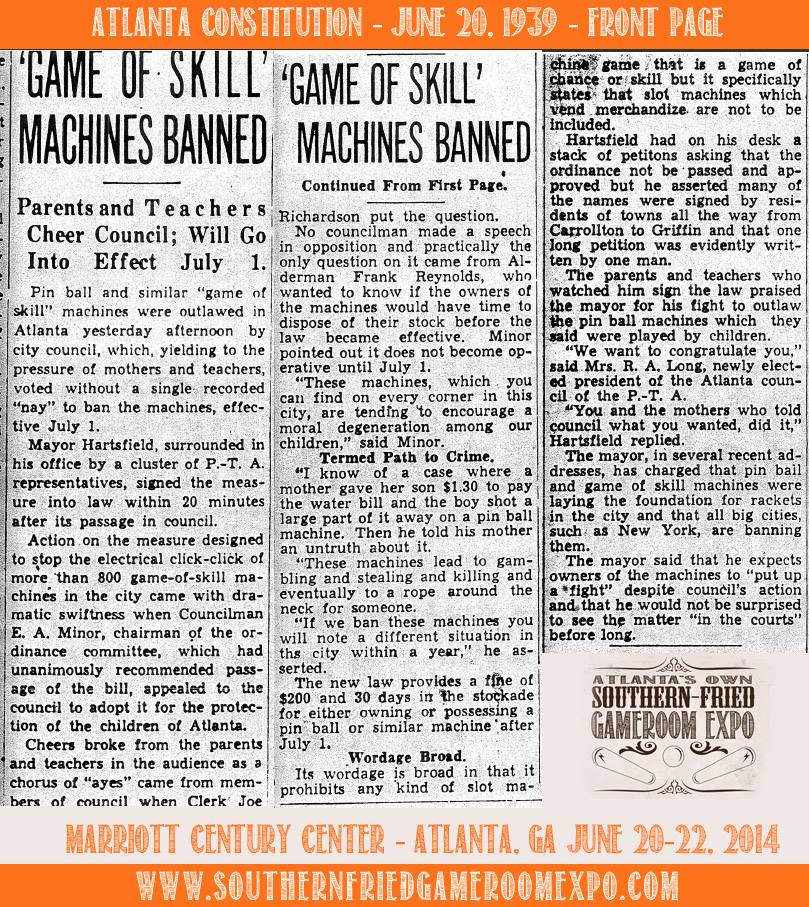