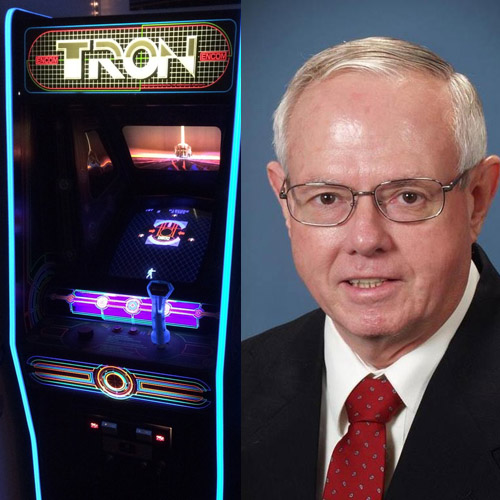 After studying computer science at University of Illinois at Urbana-Champaign, Bill Adams would go on to develop some of the most influential games during the “Golden Age” of the arcade. As an employee of Bally/Midway, Mr. Adams held many positions including programmer, designer, and project lead on a number of notable games. Highlights during his time at Bally/Midway include working on Kickman, Satan’s Hollow, Spy Hunter, and as the designer for the now-legendary Tron. During his career, Mr. Adams worked with notable designers such as George Gomez along with other manufacturers such as Mylstar for his 1984 game, Curve Ball. Now retired from game design, Mr. Adams currently resides in Wappingers Falls, New York